“Don’t take life too seriously. You will never get out alive.” –Elbert Hubbard 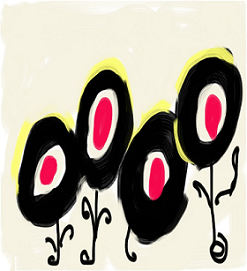 Life in a lush garden of infinite love with only one snake in the grass, is 99.99% fun. Once we learn how to be fruitful and multiply, though, seriousness gets the last laugh. No worries! On this seriously funny philosophical blog, we restore the default.

“Life is too important to be taken seriously.” Oscar Wilde

Oh, The Book of Lists by David Wallenchinsky and Amy Wallace records nine cases of fatal hilarity since the 12th Century BCE.  So, albeit improbable, it is possible to die laughing. But it is impossible not to induce terminal boredom with an overdose of seriousness.

“You should live everyday like it’s your birthday.” –Paris Hilton

What planet is Paris on? Could it be the one where Cinderellas outnumber all the fairy godmothers and charming princes (not to mention billionaire grandfathers) combined?  For sure, we say. Because laughing with the gods – a metaphor of priceless and timeless happiness in the everyday – is not only our birthright, but our reason for being on this planet today.

“Happiness is the meaning and purpose of life, the whole aim and end of human existence.” –Aristotle

Among the ways we restore the default, our pick of the day is: Make light of the mortal illusions that attach the mind to fatal metaphors, such as Father Time, a.k.a. the Grim Reaper.

“Time is an illusion. Lunchtime doubly so.” –Douglas Adams

Well, you might ask: If time is an illusion, who is the illusionist? We say, whoever isn’t laughing off that fatal metaphor and the Big Bang it rode in on.

“In the beginning it was fun. In the end, it was all for fun. And in between is where it tickles most” –Bernie Dekoven

Anyone who is serious about getting out alive, could do worse than laughing their way in today. We find that it’s as easy as writing a seriously funny philosophical joke.

True, we do have some seriously funny ideas about life, the universe, et al. One is, the life/death duality – finite/infinite, mortal/immortal – is an illusion that comes to grief, and laughing at the cause of our mortal illusions restores a priceless and timeless treasure.

“If love is the treasure, laughter is the key.” –Yakov Smirnoff

Please don’t hesitate to add your own seriously funny philosophical jokes. Click the title quote to put it in Comments. Help us all to laugh with the gods!

Like Loading...
Tags: Douglas Adams, Father Time, fun, Happiness, Laughter, life, love, Paris Hilton, philosophy, Quotes, Wisdom
From: Philosophy and Humor
← “A serious and good philosophical work could be written consisting entirely of jokes.” –Ludwig Wittgenstein
“The gods too are fond of a joke.” –Aristotle →
No comments yet