“It isn’t a matter of black is beautiful as much as it is white is not all that’s beautiful.” –Bill Cosby quote 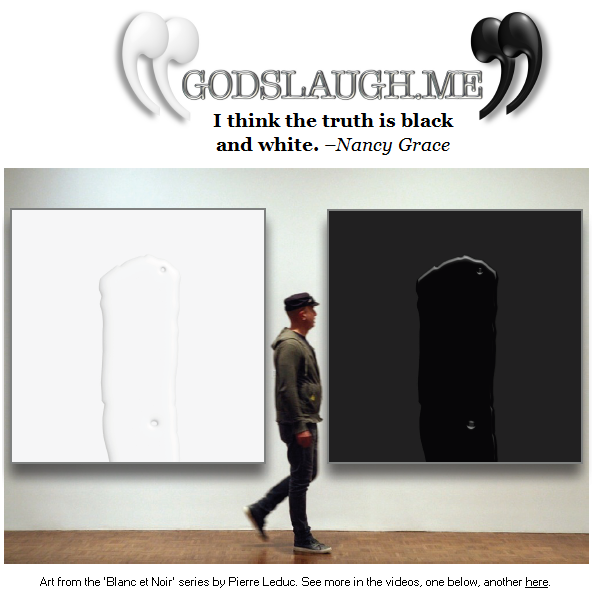 Contemplating truth and beauty in the contrast that unifies opposites, as in yin-yang’s eternal embrace, lifts the blinds on the stained-glass view of creation.

“Color television! Bah, I won’t believe it until I see it in black and white.” –Samuel Goldwyn

Stripping the Technicolor rainbow from the mind’s silver screen, rewinds the reel.

“In the beginning it was all black and white.” –Maureen O’Hara

Between the white noise of the big bang’s background radiation and the event horizon of a black hole, a simple image of creation appeals.

“There’s something really appealing about the simplicity of black-and-white images.” –Joseph Gordon-Levitt

A jury weighing justice for all in a polarized world, may be hung on the balance of opposites.

“If everything isn’t black and white, I say, ‘Why the hell not?'” –John Wayne

A reformer treading the fuzzy line between economic night and day, may get fat.

“It doesn’t matter if a cat is black or white, so long as it catches mice.” –Deng Xiaoping

Anyone contemplating truth and beauty in the contrast that unifies the yin-yang binary, may live long and prosper.

“Which is probably the reason why I work exclusively in black and white… to highlight that contrast. –Leonard Nimoy quote

Thank you for writing your reviews of the metaphors and quotes mixed on this palette, and of the videos, Night and Day and Blanc et Noir, in black and white.